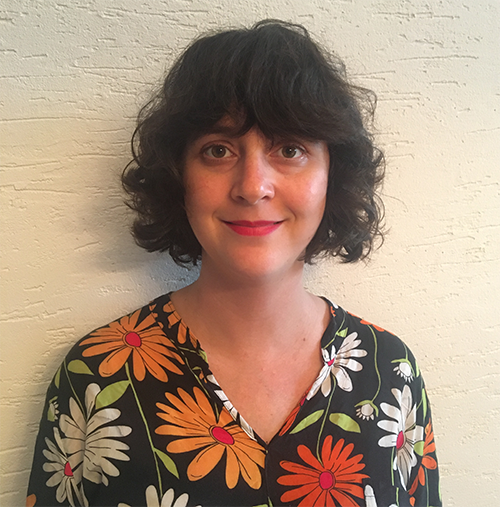 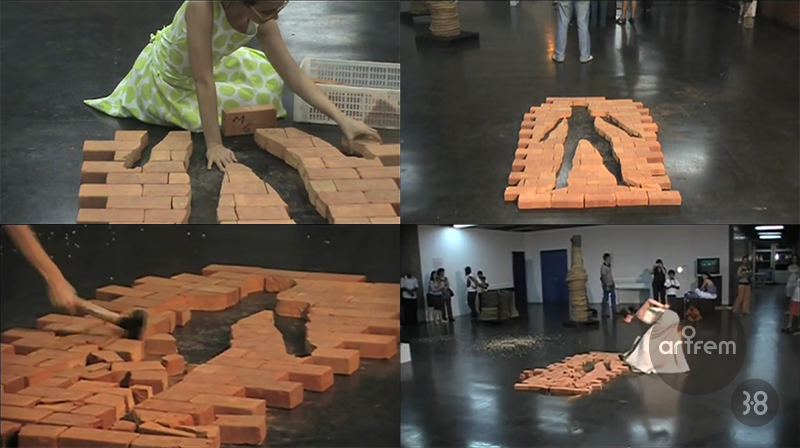 Born in Rio de Janeiro, Fernanda Lago currently lives in São Paulo, Brazil. She is a visual artist graduated from the School of Saint Martins, London (2005) and in Arts Education (2007) from the Bennet Faculty, in Rio de Janeiro. She proceeded her studies at the School of Visual Arts, Parque Lage, in Rio de Janeiro (2014) with an extension at an Exchange Program at the École des Beaux-Arts, Paris (2015). Her practice  focuses on psychological quests such as self-knowledge. Simultaneously, she deletes with fundamental art concepts including composition, scale and finishing. Her search to understand the ‘Other’ makes her work immersive. The ‘Other’ is a crucial part of the work, reason why her practice is many times interactive. Through her works, she builds a relationship with the spectator and makes him or her pose questions. The themes she focuses on span trivial aspects of everyday life but can equally demonstrate attention with broader questions of philosophical and anthropological nature, including the life and importance of Brazilian minorities such as the native Indian peoples of her country. One such work is the performance LG Tijolos (2010). In it, Lago slowly created an empty silhouette of a human body with bricks. After, she violently destroys these bricks. Is she condemning the terrible treatment that the voiceless people of Brazil have experienced throughout history or is she asking to destroy the invisible but highly felt barrier that was created between urban populations and the autochthones peoples, regarded as less evolved and advanced? In fact, this performance, presented in the Day of the Indian Peoples at the Federal University of Rio de Janeiro, in Brazil, was the leitmotif for this exhibition on Nature and on the feminine conception of the natural world. This natural world was once celebrated and even revered as the source of life. It is the modern conception of the ownership of humankind over nature that has created loss of its strength. The human silhouette of LG Tijolos equally appears in Shaman (2009), a life-size suspended installation of a human body that shows several small black equivalents grounded on the soil. Shaman shows that Lago perceives the need for spiritual guidance of humanity, and she proposes traditional knowledge as the gateway. The photo-performance Passagem (2009) tells about the journey of life, one of emptiness, wholeness and return to the bodiless form. This is the equivalent to each human being’s experience of the cycle of life, of life and death.

Her philosophical and even theological works do not remove her capacity to see the banality of life. Her attunement with daily life is much more directed toward women and their position in society. In an act of courage, she delves into the public space through uncomfortable performative works. She digs into the most primary and faulty aspects of humans: violence, abuse, discrimination, subjugation and exploitation. In such cases, she chooses to embody these uncomfortable messages and makes her presence felt in the public sphere. In Bus Protection (2009), she takes a bus and confronts the surprised looks of others with humor and laughter. The costume she wears is so strange, with additions of breasts and a phallus that she may equally trigger shame on others. What she is doing is provoking abusers to come out, to rub themselves into her performative costume. By inviting through shocking, she limits their interest. In a similar work also made from white felt, Eu com, você sem, e aí? (2009), Lago addresses the horror that women in her home country Brazil go through to have the perfect body. Women undergo unsafe plastic surgeries which in many cases, leave them without their breasts or with deformed ones. In a country known for its cult of the body, these women are victims of a culture of image that is constantly promoted by telenovelas and the spectacle of Carnival.

Lago’s works also address other aspects of life, including memory of infancy, of a lost innocence. This aspect counterbalances her realistic and raw observations. Her participation in ARTFEM II, Natura, is related to this aspect of life, the relation with nature through a childhood memory.