ARTFEM returns in September, in a collective representation of Natura

If the course of the pandemic does not change the organization, the 2nd edition of the International Biennial of Women Artists will take place, in September, in four spaces in the city. Confirmed is already the participation of 106 artists, from various points of the globe, who, in a wide spectrum of artistic expressions, respond to the theme “Natura”. Curated by Carlos Marreiros, Alice Kok, Angela Li Zhenxiang, James Chu and Leonor Veiga, ARTFEM 2020 is supported by artists Xiang Jing, from Beijing and Un Chi Iam, from Macau.

Scheduled to start in September, ARTFEM 2020 – 2nd Macau International Biennial – Women Artists, will bring together the work of 106 creators from the entire world, under the theme “Natura”, a concept linked to environmental protection which “allows a broad spectrum of plastic interpretations”. The large collective exhibition, which will extend over two months, will be presented this year at Albergue SCM, at the Old Municipal Stable, at Galeria Lisboa and at Casa Garden Gallery. Carlos Marreiros, Alice Kok, Angela Li Zhenxiang, James Chu and Leonor Veiga take on the curatorship of an event that is sponsored by artists Xiang Jing, from Beijing, and Un Chi Iam, from Macau, who succeed Paula Rego, now honorary godmother.

“We always want to open on March 8, International Women’s Day. We didn’t succeed in doing so this year, yet we don’t want to postpone the exhibition to the next year. So, since it doesn’t take place on this symbolic date – because we aim the date to enter people’s mind map -, we’ll do it this year. We are a little more optimistic about September. The pandemic has not yet opened us to the world or the world to us. So, for now, it is scheduled to be in September”, adds Carlos Marreiros to the PONTO FINAL.

Carlos Marreiros, chairman of the ARTFEM organizing committee, adds that, after the first edition which took place in March 2018 which was concentrated at the Macao Museum of Art (MAM), the biennial now goes outdoors, appearing in four spaces spread throughout the city: Albergue SCM, Former Municipal Cattle Stable, Galeria Lisboa and Casa Garden. “This year, the idea is to walk the city courses. As there will be – if they can come – participation of very young artists, we aimed to create residences and synergies. As such, we decided to spread the event in several places, unlike the first edition, where everything was concentrated in MAM”.

Confirmed is the participation of more than a hundred artists, mainly from latitudes that touch the Portuguese-speaking world, Europe and Asia. “There are 106 artists from all over the world. There is some preponderance for artists from China and Portugal, but the world is represented. Some artists come from Portuguese-speaking countries, and, among the renowned names, we are bringing young artists from Portugal, China, Italy, Holland, etc.”, points out the architect and artist.

“WE MUST FOSTER GROUND, REGIONALLY AND IN THE WORLD”

Carlos Marreiros says that it is not yet time to fulfill the ambition previously expressed, to extend the biennial to cities in the Greater Bay. “No, it’s impossible for the moment. We must foster ground, regionally and in the world, gain experience, and then also open the event to the Greater Bay, of course. But the pandemic does not allow for any of these intentions to manifest. And at this very moment, even though we already have the facilities guaranteed, artists’ presence will be complicated”.

If the first edition did not present a thematic aggregating element, this year’s edition proposed the artists to respond to a theme through their visual and plastic conception: “Natura”. “We were very brave, in a second edition of the biennial to start with a theme. The first edition went very well, it had no theme, it was generic. In this second edition, the artists worked on the theme ‘Natura’. ‘Natura’ allows a wide range of plastic interpretations, such as aspects of environmental protection, which is an issue on the world agenda”.

A concept of a Latin matrix reached in a dialogue between curators, ‘Natura’ arose at a time when environmental issues were at the center of the debate. “When we discussed the organization of this biennial, in 2019, it made perfect sense, especially due to issues including the Amazon fires, global warming, and other concerns that, worldwide, marked last year, and generally, the last years. Because of Covid-19, these issues have been slightly overlooked this year. ‘Natura’ is a current topic; it affects all of us, in the present and in the future, because the life of the planet is at stake. In addition to these issues, it also allows for more symbolic aspects and plastic research on the symbolism of Mother Earth through ethnic and folkloric manifestations from the entire world, from Europe to the United States, throughout Asia. These aspects allow the theme to be developed visually”, points out the architect.

In addition to Marreiros, the curatorship of the biennial also includes Alice Kok, Angela Li Zhenxiang, James Chu, and Leonor Veiga. In the inaugural edition, Paula Rego served as godmother the event. She was represented in Macao by her daughter Victoria Willing. The Portuguese painter, who has lived in London for decades, remains associated as an honorary godmother, for ARTFEM 2020. “This year we wanted to expand to more godmothers, so we invited Xiang Jing, who is from Beijing, to act as Godmother. A high-quality artist, Xiang Jing has a brilliant international career. She is a sculptor, she makes sculptures of naked, bald women, of varying dimensions, on a human scale or larger, alone or grouped in theme. These are extremely hyper-real sculptures; she goes into the detail of painting the veins, the pores, and objectively debates the issues of women, in China and in the world”, describes the chairman of the organizing committee.

But Xiang Jing is not alone. “We have for the first time a godmother from Macao, the painter Un Chi Iam, Mio Pang Fei’s wife. We want Paula Rego to be an honorary godmother since she was the first, and she liked the event”. 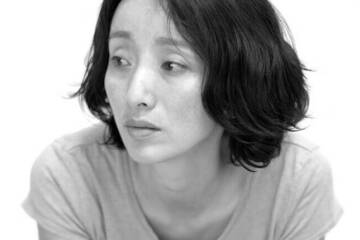 Organized by ARTFEM 2020 Organizing Committee, co-organized by Albergue SCM, Faculty of Humanities and Arts of Macau University of Science and Technology and the Script Road – Macau Literary Festival and mainly sponsored by Macau Read more… 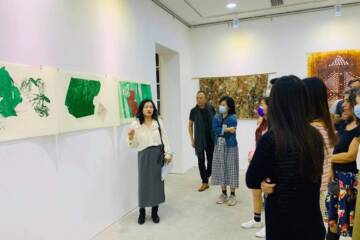 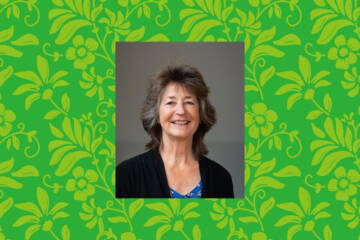 As a Member of the Honorary Council of ARTFEM 2020, Natura, Prof. Dr. Kitty Zijlmans, wrote a message endorsing the exhibition that opens in Macau SAR between September 30, 2020 and October 9, 2020. I Read more…